Cinco de Mayo, Cinco de Lebowski, a match the Timbers really ought to win, and more!

Join tens of thousands of revelers this weekend at Waterfront Park between the Hawthorne and Morrison bridges to celebrate the Mexican army’s 1862 defeat of French forces at the Battle of Puebla: It’s the 28th annual Portland Cinco de Mayo festival! [more]

Presented by Portland Story Theater, Singlehandedly is a festival of opening nights and every night is different. [more]

Join Cort and Fatboy, hosts of cortandfatboy, this Friday, May 4, 2012 for their annual screening of The Big Lebowski – it’s el Cinco De Lebowski VI!

“Portland’s homegrown, homebrewed Festival of Abide ambles its way back to the Bagdad Theater for the seventh straight year, as Cort Webber and Bobby Roberts of the cortandfatboy podcast once again present CINCO DE LEBOWSKI, a celebration of the Coen Bros. cult classic, and of The Dude himself.” [more]

The still flailing Portland Timbers (2-5-1) host the almost equally inept Columbus Crew (2-4-1) at Jeld-Wen Field this Saturday, May 5, 2012 at 7:30 p.m.
The big question is which Timbers team will show up – the giant killers who defeated top of the table Kansas City two weeks ago, or the pathetic and uninspired Timbers who fell apart at Montreal last weekend. [more]

The Humanists of Greater Portland, a community of freethinkers in the Portland, Oregon metro area, fostering camaraderie, lifelong learning, personal growth, and collective action, unfettered by supernatural beliefs or religious dogma, present Rationality and Irrationality, a free lecture this Sunday, May 6, 2012 at the Friendly House Community Center (1737 NW 26th) [more] 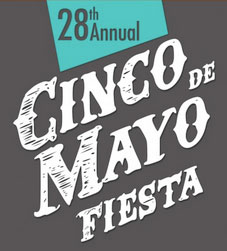 Join tens of thousands of revelers this weekend at Waterfront Park between the Hawthorne and Morrison bridges to celebrate the Mexican army’s 1862 defeat of French forces at the Battle of Puebla: It’s the 28th annual Portland Cinco de Mayo festival!

Sponsored by the non-profit Portland Guadalajara Sister City Association, enjoy the rides, music and dance, food and more from Friday, May 4 through Sunday, May 6, 2012.

Again this year there will be Lucha Libre bouts!

Note: Unfortunately no fireworks this year 🙁

Festival hours are 11am to 11pm each day. Admission is $8 if you’re 13 or older, $5 for those 6 to 12 and for seniors (62 and over), and kids under 6 get in free. Visit the Cinco De Mayo website for the full entertainment schedule, special deals, and other event details.

El Grito refers to the battle cry of the Mexican War of Independence. The event is remembered and celebrated each year on the night of September 15. Mexican President Calderón is expected to ring the bells of the National Palace in Mexico City, and give his 2011 version of el Grito from the balcony of the palace to the assembled masses in the Plaza de la Constitución. Through out Mexico, and parts of the world with Mexican expatriate communities, similar celebrations will take place.

The Portland Timbers host Club América in a friendly tonight at Jeld-Wen Field. Kickoff is at 8pm.

Expect a great atmosphere tonight, as we’ve experienced in previous visits by Club América to Portland (the Clásico de Clásicos de leyendas in 2007 and the Club America Reserves friendly in 2009).

Match will be shown live at www.portlandtimbers.com, or listen on 750 AM The Game or La Pantera 940 AM.

This year’s festival also features Lucha Libre bouts on Saturday and Sunday, . . . And per tradition there will be a fireworks demonstration at 10pm on Friday. [more]

Tulip Fest 2011 at the Wooden Shoe Tulip Farm in Woodburn kicks off Friday, March 25 and runs through Sunday, May 8!

The Portland Timbers (3-3-1) aim to respond positively to Tuesday’s first home loss when they defend home field tonight against the Philadelphia Union (4-1-1).

The Timbers, currently sixth in the West standings, are still undefeated at home in league play, and in fact have not given up a single point at Jeld-Wen Field. Their most impressive win came last Saturday against Real Salt Lake, one of the top teams in the league. [more]

Join Cort and Fatboy this Friday, May 6, 2011 for a special screening of The Big Lebowski: it’s el Cinco De Lebowski VI!

Cascade Brewing presents this year’s Saison Festival on Saturday, May 7, 2011 at the Cascade Brewing Barrel House (939 SE Belmont) from noon until 10pm. . . .